Celebrate with JQ and Our Inspiring Honorees on April 14! 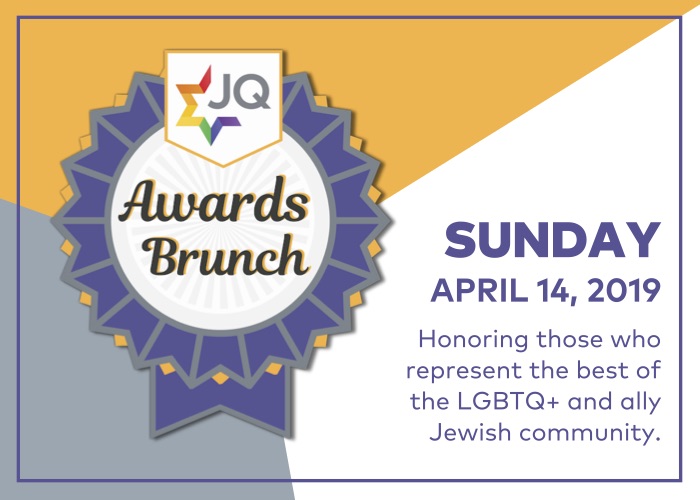 April is here, and with it, JQ’s annual opportunity to celebrate some of the inspiring people in the LGBTQ+ and ally Jewish community who devote their time, energy, creativity, and resources to ensuring that the world is a safer, more nurturing, and more inclusive place. It’s a chance to gather for good, to mark our movement forward in the past year, and to recommit to the work that’s still ahead. So if you haven’t already marked Sunday, April 14 from 11 am-2:30 pm on your calendar for the JQ Awards Brunch at the beautiful Beverly Hills home of Neil and Kevin Goetz, now is the time.

“I am so excited for this year’s Awards Brunch. I personally know each of our honorees and have seen them shine as community leaders and role models for our youth and young adults. Now is the time when we need to be setting examples and standing up for our community and all its members–our annual awards brunch is that chance to strengthen our community, build a better future, and transform even more lives. Join us to celebrate JQ’s profound successes and honor those who are courageously stepping up and acting for a better tomorrow.”

So take a break from the Passover prep and brunch with us on Sunday, April 14. We can’t wait to see you there.